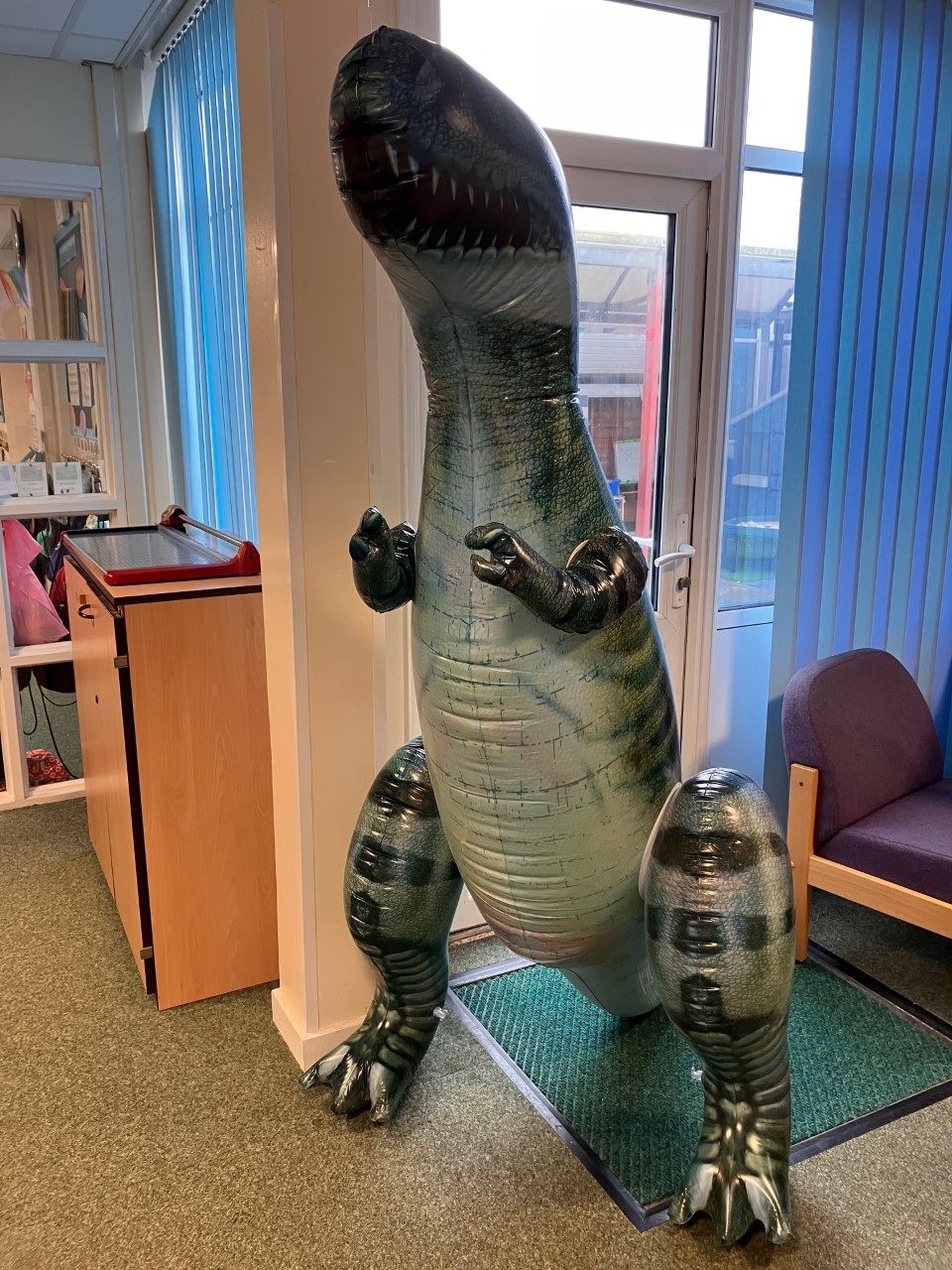 Happy New Year. I hope it has started positively for you.

Every half term we try to introduce something new for the children to enjoy. Over the last two years, the children have returned to school to find pencil fencing, a bus, a minibus, an underwater tunnel, new classroom doors, colourful underwater themed rugs, new learning displays, canvas photographs and even a new Early Years outside area. This half term we have introduced a Dinosaur and a Gorilla called Jerri.  Lighthouse Class had the choice of which monkey they wanted for the school. They chose Jerri. Can you spot Jerri in the photographs below? It was only a short week this week so we decided not to have a Funky Friday Assembly, however the children thoroughly enjoyed singing some old favourites during singing assembly: ‘Somewhere in My Heart’, ‘Price Tag’, Moving on Up’ and Ob-la-Di, Ob-La-Da’. Several children also started guitar lessons with Craig Bridle this week. They sounded very impressive. Funky Friday Assembly will be back next week. Hope you can join us.

This week also saw a lovely display of Greek Vases appear outside the staffroom and Dolphins Class. Finally, I would like to quote Henry Winter (Chief Football Writer for The Times) who said this about one of the greatest footballers we have ever seen: ‘Pelé’s skill was singular but his human warmth was universal’.

Have a lovely weekend everyone.